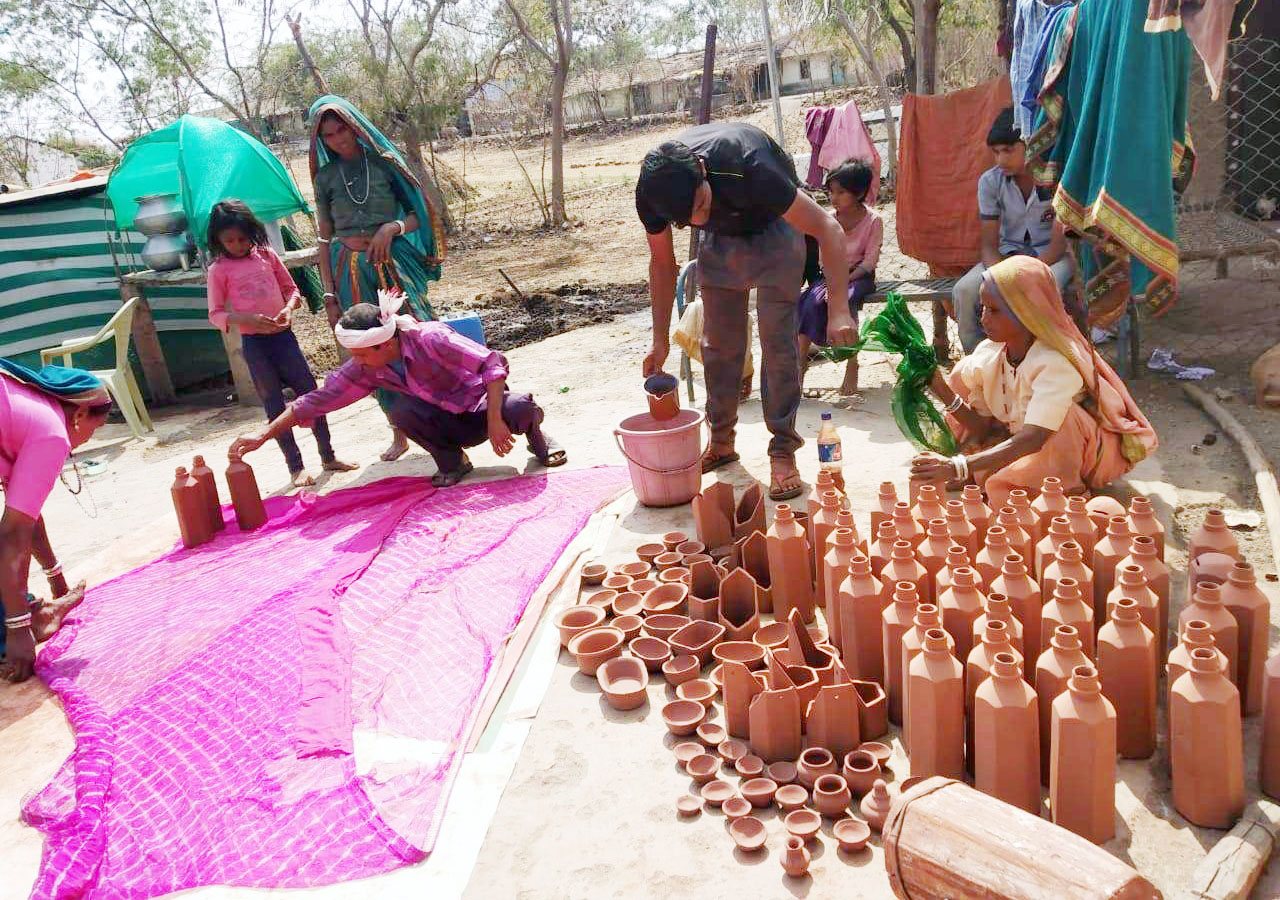 Under this program, in order to make marginalized farmers financially and socially empowered, they were given the distinguished training of various advanced techniques of agriculture such as multi-cropping, mixed agriculture, integrated agriculture, organic farming, Vermi composting and animal husbandry etc. Under this work Vermi composts of 40 farmers were prepared, 15 livestock rearing work was started with 180 agriculture soil cards of farmers were made. In order to increase the income of the landless laborers, five programs were organized with the women's SHGs - Kadaknath farming, Dal (Pulse) Mills, Pottery Making, Masala making and Food Processing Enterprises. All of these five programs were conducted by 75 beneficiaries, out of which 62 women beneficiaries are earning their earnings through these enterprises. Above all activities were organized in Sendhwa block of Barwani district in Madhya Pradesh.

Similarly in Rajasthan, PECSS has been associated with MP Birla Group under CSR programme from 2015-16. The journey of social development with Birla CSR started with Satna Cement. With the Satna Cement, PECSS has been working continuously since 2015-16 and so far more than 8 trades have been given skill training to more than 250 women and youth. Considering the functions of the organization, BIRLA CSR was invited us to Chittorgarh Plant of the group during the year 2018-19 to work under the CSR activities. Thus, for the last one year, the organization has been working with women and farmers of the area. Under our activities we conducted training program on fluorescent jackets making, bag making and Vermi compost for farmers under Chittorgarh CSR activities from last one year. These all three groups are successfully involved in the activities and their income has been increase after getting skills under program.

We are mainly working with the rural and tribal women and youth in this area. Under which, work was taken in the view of increasing income through the self-employment of the 40 farmers of 4 villages of block Chanderia in Chittorgarh district of Rajasthan by engaging them in the field of Vermi compost and kitchen garden activities. Apart from that in other 2 villages, we were engaging 40 women in school and laptop bag making, fluorescent jackets making work. Similarly, women from 10 villages of Satna district of Madhya Pradesh have been trained to work in bag making, reflective jacket making, and sewing-embroidery, beautician and computer training with the 185 rural women and making them economically self-reliant. These programs supported by MP Birla Group Under its CSR activities.